For decades, Tibetans crossed the Himalayas to seek refuge in Nepal. Now, a digital wall has cut them off from the world

Echoing methods which have already been used to control Uyghurs in Xinjiang, the Chinese government has tightened its grip around Tibet by securing an already nearly impassable border with drones, facial recognition and radar.

In the race to build a truly effective wall, China provides a model with a unique goal: keeping oppressed minority Tibetans within the country. For decades, the region’s daunting topography made this task difficult. The frontier between Tibet, which was occupied and annexed by China in the 1950s, and South Asia is a vast space, extending for more than 4,500 kilometers. The border falls mostly along the Himalayas, and the distance and remoteness of this region made a physical wall impractical.

The border’s near impenetrable nature was also a lifeline: from 1959 until 2008, thousands of Tibetans a year made the arduous trek across the mountain range to safety. Today, there are an estimated 150,000 Tibetans living abroad, in India, Nepal, or western countries including the U.S. and Canada. Nearly all can trace their freedom to a perilous Himalayan journey that was difficult for Chinese occupying forces to patrol effectively.

Until now. In recent years, the flow of refugees from Tibet has almost completely stopped. In 2007, about 3,000 Tibetans entered India; that number dwindled to only 80 by 2017. The reason is not, as China wants the world to believe, an improving situation in Tibet – in fact, nearly every human rights group believes repression there is at its highest level in decades.

“The human rights situation is completely different today,” said Kai Muller, the executive director of the International Campaign for Tibet’s Germany office, highlighting increased controls on the rights of Tibetans to move, practice their religions, and even learn their language. “Every aspect of life you look at, you will find an expansion of government intervention.”

The 97% drop in refugee numbers escaping Tibet is due to new technology which has allowed China to build a nearly impassable digital and securitized border wall along its southern and western borders. In Tibet, and also in Xinjiang, the homeland of Uyghurs and other Turkic Muslims which has become a widely reported technological dystopia, the border is patrolled by drones, cameras and an interconnected system that allows soldiers to rapidly monitor – and apprehend – any Tibetan, Uyghur, or Kazakh attempting to flee. The digital wall also prevents the vast majority from even trying.

From Protests to Border Control

The earliest signs of China’s building of a digital wall were first seen in March of 2008, five months before Beijing hosted the Olympic Games, when widespread anti-China protests broke out across Tibet. They made headlines globally and were soon followed by global protests against the oppression of Tibetan, Uyghur, and minority human rights.

“The uprising itself was responsible for the kind of paranoia that we see with the Chinese authorities,” said Tsering Tsomo, Director of the Tibetan Centre for Human Rights and Democracy, based in India. “They really want to stop anyone from coming in, or going out.”

That year, martial law was declared across the entire Tibet Autonomous Region, which forms part of historical Tibet. Since then, Tibet has been closed off to foreign journalists and civil society groups, besides state-run propaganda tours. This makes it difficult to understand the scope of digital surveillance in the region, as even Xinjiang can be visited by foreign journalists.

There are several pieces of data that are concerning about Tibet. No region, not even Xinjiang, sees more per-capita spending on security than Tibet, where in 2017 China spent 3,137 yuan per person – more than the 2,417 for Xinjiang and well ahead of the national average of just 763 yuan.

“From this you can guess how extensive the total security system is, even when compared to Beijing or Xinjiang,” said Tenzin Tsultrim, a Research Fellow at the Tibet Policy Institute. Tsultrim is also concerned about drives to collect DNA samples from Tibetans under the guise of mandatory medical check-ups. “It is easier to track a person if you have their DNA,” said Tsultrim. “It’s a deadly combination for surveillance.”

The controls exerted on ordinary Tibetans originate in their homes. One of China’s responses to the 2008 protests was to vastly increase the scale and scope of policing efforts in Tibet. The overhaul was led by party secretary Chen Quanguo who, after successfully clamping down Tibet, went on to become Communist Party Secretary in Xinjiang where he is considered the architect of the high-tech surveillance system. In Tibet, authorities expanded their network of small police stations known as “convenience” stations to every 200-300 meters in urban areas, to quickly respond to any threat.

Cities like Lhasa now have comprehensive networks of CCTV cameras and numerous checkpoints, allowing authorities to keep track of all those who enter and leave. More recently, police stations and CCTV cameras with facial recognition technology have spread to villages in the countryside, especially along the border.

“In Lhasa alone, there are more than 600 convenience police stations,” said Tsultrim, who said increasing numbers of security staff are being sent to rural areas. “In recent year, more than 21,000 officials were sent to the countryside around [Tibet].” This is in addition to at least 12,000 security staff working primarily in urban areas.

In fact, since 2008, the ability of Tibetans to even move across the country has worsened. Tibetans now need to get permission to visit, for example, Lhasa, and according to sources, numerous checkpoints exist around cities and at borders between neighboring districts and provinces. Surveillance and facial recognition technologies can also identify when Tibetans are outside of their home areas, further impeding their ability to reach the border.

“It’s like the authorities have put in place a series of filters throughout the region filtering out people that they don’t trust, and assuring that they are keeping people in their place,” said Maya Wang, a senior researcher with Human Rights Watch in Hong Kong. “The border, in a way, is a last line of defense. But if you have filters…you have fewer people reach the border in the first place.”

More challenges await those Tibetans who finally reach the border. China Daily, a government newspaper, reported on the deployment of a Chinese-made integrated frontier monitoring system with advanced radars, acoustic monitoring devices, and drones. A spokesperson said that anyone trying to cross the border would be detected by the system, which automatically notifies soldiers.

China has also deployed GGJ-2 Unmanned Aerial Vehicles that can operate at high altitude for up to 20 hours along both the Tibet and Xinjiang borders, designed to monitor and, if necessary, conduct offensive activities in regions where troops cannot be stationed. There have been past instances where security officials have used force against Tibetans attempting to flee. Tenzin Dahla, a researcher at the Tibet Policy Institute based in India, believes that satellites are also part of the increasingly automated digital wall.

“I recently heard from Tibetan people inside Tibet that they are using satellite early warning systems near border areas,” said Dalha. He is concerned about China’s intention to launch Huawei 5G networks in Tibet, which would make it easier to deploy sensors and quickly transmit high volumes of data for real time analysis. Companies involved in Tibet’s facilitating digital surveillance system include China North Industries, Shenzhen Intelligent CIMC, Wiseweb Technology Company, which operates a real-time tracking center at Tibet University, Intellifusion, and IflyTek.

In tandem with the limitations on freedom of movement for Tibetans are strict controls on the flows of digital information. Citizen Lab, an interdisciplinary laboratory based at the Munk School of Global Affairs at the University of Toronto in Canada, has analyzed content shared on WeChat, China’s dominant social media and chat platform, and found regular filtering of certain keywords and terms from within and outside of Tibet.

These digital controls can be extensive. Last March, when a video emerged of flames leaping out from the rooftop of the Jokhang Temple in Lhasa, considered the holiest site for Tibetan Buddhism, it raised fears that an irreplaceable piece of cultural heritage had been damaged. Yet, in the months that have passed, there has been no further news about the circumstances of the fire. Chinese censors prevented further postings of videos, silenced social media, and closed off physical access to the temple.

Similarly, while it is easy to find photos of hundreds of thousands of Chinese tourists that visit and photograph Lhasa every month, often posting to Chinese social networks such as Weibo or WeChat, hearing from Tibetans is becoming increasingly difficult. In just over a decade, Tibet has been cut off from the world, both physically, and digitally.

The most visible sign of this digital apartheid is along the heavily controlled border. In late 2017, the Kerung border crossing between Nepal and Tibet re-opened, after being closed for more than two years due to damage caused by an earthquake in 2015. While the border remains open, Tibetans rarely cross. Instead, traffic mostly consists of Chinese travelers and businesspeople entering Nepal.

“Before 2008, there were lots of Tibetans escaping from Tibet to Nepal, but now its Chinese who are flourishing in Nepal,” said Dalha. On a recent visit to the area, he noted that many signs were in Chinese, and that several Nepali shopkeepers could speak basic Chinese. A crossing that once connected Tibet with South Asia now connects China with Nepal.

The situation is becoming dire in Dharamshala, India, where the Indian government of Jawaharlal Nehru gave refuge to the Dalai Lama and the Tibetan Government in Exile in 1959. Once, a constant flow of refugees, including children, kept the community vibrant and allowed for the transference and preservation of cultural heritage – language, religious teachings, and songs and dance – that was increasingly banned in China. Today, however, the 500 bed Tibetan Reception Center sits mostly empty. Schools teach fewer and fewer children every year. As the number of Tibetans crossing the border declines and censorship becomes more sophisticated, the two communities are increasingly cut off.

“What it is has done is that, today, the majority of Tibetans who are living in Tibet are placed in a cocoon, in terms of being isolated from the outside world,” said Bhuchung K. Tsering, vice president at the International Campaign for Tibet in Washington, D.C. 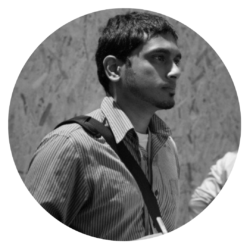 Nithin Coca is a freelance journalist who covers the social implications of technology in emerging economies and developing countries. His work has appeared in Al Jazeera, Quartz, Foreign Policy, Vice and a number of other publications.