Ukraine’s East: Why Not Call Russia’s Occupation by Its Name?

After three years of conflict with Russia-backed separatists and the deaths of some 10,000 people, Ukraine still refers to its war-torn eastern territories as an “Anti-Terrorist Operation Zone.” But now, some Ukrainian lawmakers say it’s time to use the “o” word — “occupied.”

Ukraine’s failure to do so, the MPs say, has aided the Kremlin’s claims that it is not funding and directing the rebels in eastern Ukraine. It is also “the greatest weakness in the information war” with Russia according to reformist MP Mustafa Nayyem, who has proposed a bill to declare the East occupied.

But before they even address the issue, the Ukrainians first must to agree among themselves whether or not to define the eastern regions of Donetsk and Lugansk as occupied.

Parliament appears at a standstill on the question. So far, three bills have been tabled to define Kiev’s relationship with the East but no votes have been scheduled.

MP Natalia Veselova, a native of the Donetsk region, believes that Kiev should wait for the international community to recognize the East as occupied before doing so itself. Her bill, the latest of the three, would term the area “non-controlled.”

Vesselova says she has been asking the European Parliament and Ukraine’s international partners for advice. “They say it makes no difference if we recognize the territories as occupied on a national level,” Veselova said. “They are not interested. They are interested in evidence [of occupation] that we provide them with.”

The lack of a definition for the status of Ukraine’s East is “the greatest weakness in the information war,” said MP Mustafa Nayyem.

The first steps of gathering this evidence, Veselova says, have been taken at the The Hague’s International Court of Justice, where Kiev charges that Moscow’s support of separatists in Donbas and the annexation of Crimea violated Ukrainians’ human rights and facilitated terrorism.

Deputy Parliamentary Speaker Oksana Syroyid, author of a second bill to define the East as occupied, does not want to wait on the world, however.

“The international community will not admit the truth until we start,” Syroyid stressed.

The United Nations endorsed the Minsk ceasefire agreement, and, in December, condemned the Russian Federation for the “temporary occupation” of Crimea, but it has not criticized Moscow’s role in backing the separatist rebels in eastern Ukraine.

Russian media routinely describes the conflict as internal or a “civil war” and this language has slipped into the international coverage as well. In the world where words matter, it is crucial, Nayyem insists, to have a law that declares the East’s separatist-controlled areas as occupied and “destroys all those discussions that it is an internal conflict or a civil war.”

But many outsiders believe Ukraine’s real problem is that the world, and especially the United States, doesn’t care.

“I think there is pretty clear international understanding [about the situation in eastern Ukraine]. I think people really don’t care and what’s worse is that the United States has ignored Ukraine since [the Trump administration has] come into office,” said Stephen Blank, a senior fellow at the American Foreign Policy Council “If the US is interested in the issue, it gets traction.”

Arguably, lessons in this debate could be drawn from Georgia, Ukraine’s newly declared PR partner against Russian aggression. Georgia does have an occupation law to define Russia’s presence in its own breakaway regions, Abkhazia and South Ossetia, and has used it to advance its message abroad.

“I have been asking people in the European Parliament and our international partners and they say it makes no difference if we recognize the territories as occupied on a national level,” said MP Natalia Veselova.

Nadia Volkova, a lawyer at Ukraine’s Helsinki Group, believes that a Ukrainian law declaring an occupation would at least send the message that Ukraine is prepared to accept and apply international legal standards.

Those who support a Ukrainian occupation law charge that such legislation scares the authorities because they benefit from the current state of uncertainty about the East.

Among the most powerful opponents of calling the territories “occupied” is Ukrainian President Petro Poroshenko himself. He says doing so would destroy the Minsk peace process and, with it, western sanctions against Russia. It would also, he predicted, push the territories to integrate further with Russia. Instead, Poroshenko has promised to introduce his own bill on the restoration of Ukrainian territorial integrity.

But Oleksandr Paraschiy, director of investment bank Concorde Capital, believes Poroshenko wanted Ukrainian enterprises in the separatist territories to continue to function because their production numbers were included in Ukraine’s GDP.

A Central Bank warning that activists’ trade blockade of the East could cause the economy to shrink by 1.3 percentage points was intended to convince the public of the necessity of wartime trade with the separatist territories, he said. After the blockade became official in March, that estimate was reduced.

Ukrainian officials have still not explained how or why separatist leaders allowed the companies to operate.

Many believe that corruption or betrayal explain the government’s reversal on the trade blockade, Nayyem says.

“If we are . . . playing a hybrid game, then let’s admit to it,” he said. “They need to say it clearly: ‘We don’t want to define a clear status because of this or that.’”

Until then, he says, the lack of unity among Ukrainians themselves over what to call the territories they had lost will continue to enable Moscow to dictate the global the narrative about Ukraine. 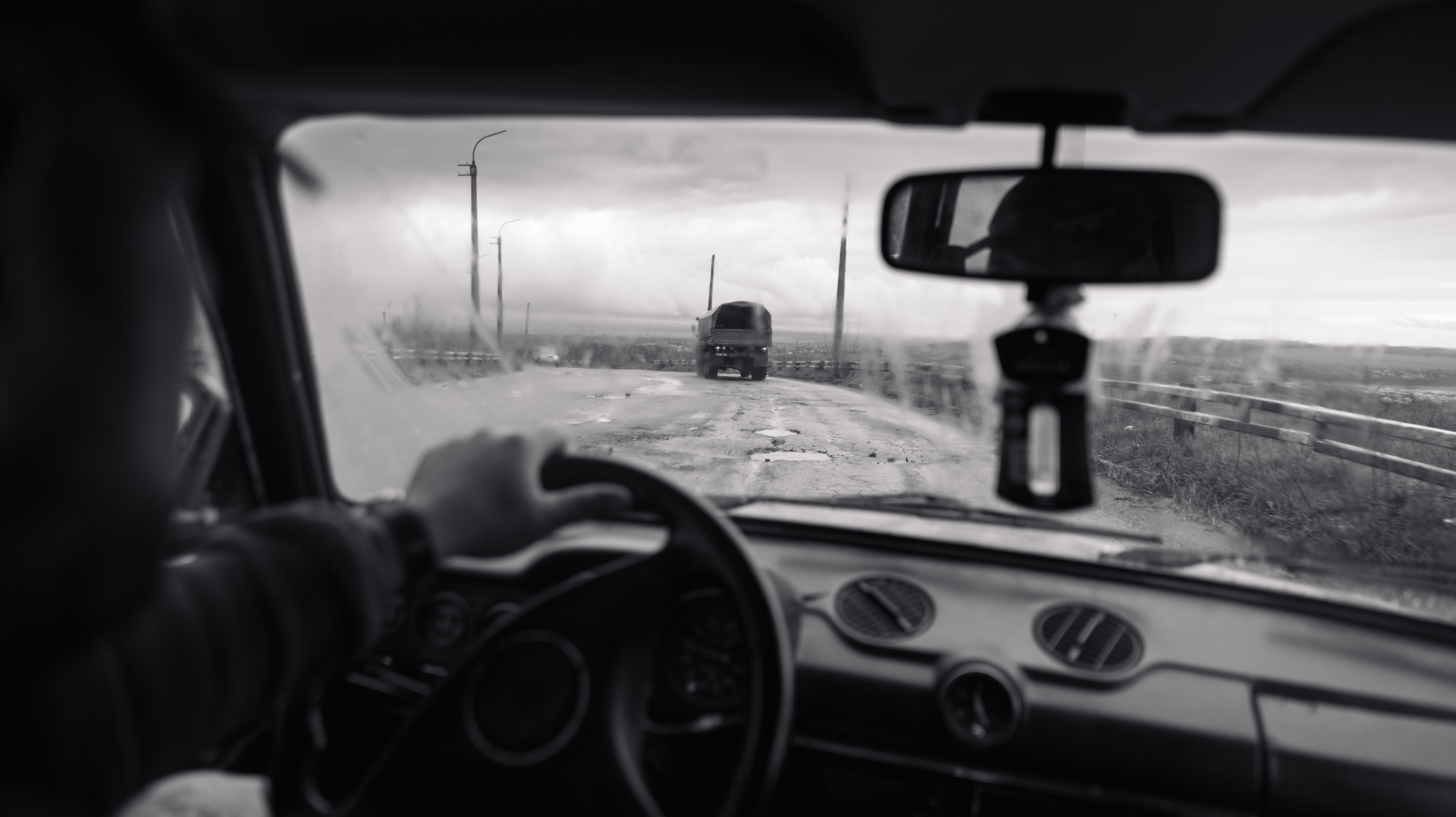 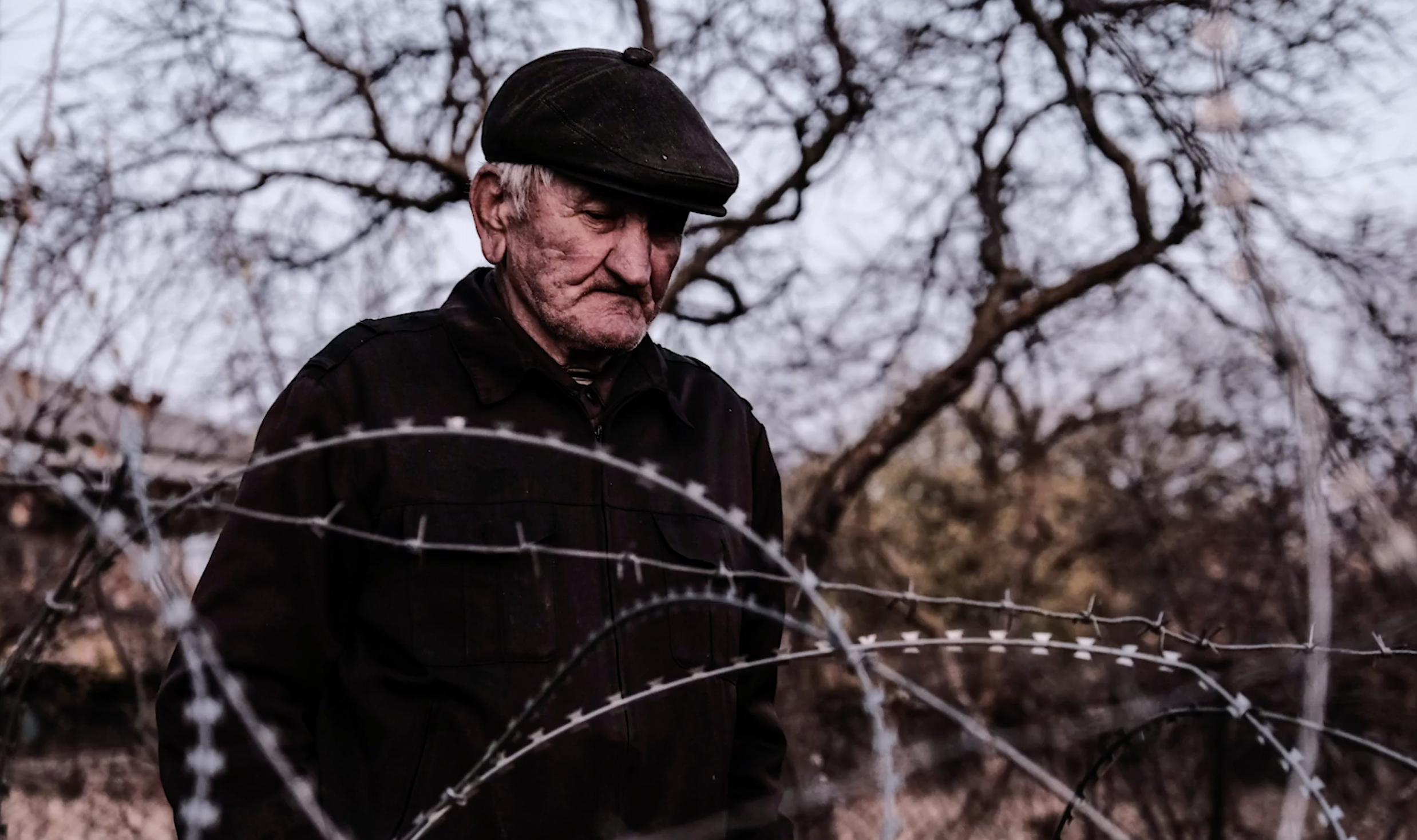