Hi everyone, this is Chaewon, a multimedia journalist at Coda Story. This week’s Disinfo Matters is about online propaganda and a new game that allows players to beat up protestors in Hong Kong.

I am not a big gamer myself, but I am okay with watching others playing games. During  holidays, when my younger brother and I are both at home, I sometimes sit next to him while he plays “PlayerUnknown’s Battlegrounds” or “League of Legends” on his computer. And I guess watching him has kind of helped me understand what he means when he tells me that video games relieve him of the stress of schoolwork.

Helping people manage their stress levels doesn’t seem to be the intention behind the anti-protest game aimed at the protest movement in Hong Kong, called “Everyone Hit the Traitors.” It can be played for free at www.dalaoshu.net/, which means “rat” in Mandarin.

While it isn’t entirely clear who is behind the game, or how popular it is, the gameplay seems quite simple. Players can attack protestors with a weapon of their choice, including hands, a flip flop, or a baseball bat.

Characters that appear as the main targets on “Everyone Hit the Traitors” include the politician Martin Lee, and the student activist Joshua Wong.

Hong Kong activists and software developers see the game as a part of the Communist Party’s digital propaganda against the protest movement.

Earlier this week, I spoke with Teng Biao, a human rights activist and lawyer. “The game shows how Beijing is trying to humiliate Hong Kong protesters and supporters,” he said. “And this is important for their regime because here today, most of Chinese mainlanders are supportive of Beijing’s comments.”

“They want to spread the ideology that Hong Kong people are always paid to betray China in the name of freedom,” said a developer behind “Liberate Hong Kong,” who wished to remain anonymous. “As far as I know, people in China watch fake news made by Communist Party of China every day. I do not believe the developer [of Everyone Hit the Traitors] clearly understand the situation of Hong Kong.”

Six months have passed since protests first began in Hong Kong. In that time, we have seen how the crisis has played out on social media. It seems like online games are the latest digital propaganda tools.

“It is a part of the Communist Party’s propaganda to label Hong Kong protesters terrorists, and this kind of narrative is very effective in mainland China,” continued Biao. “Many mainlanders really believe that Hong Kong protestors are violent and are terrorists. This new online game is part of that narrative.”

My favorite Coda story this week:

Speaking of digital propaganda, my colleague Isobel Cockrell’s latest story looks at the tactics deployed by anti-vaxxers to spread disinformation on Instagram.

Unethical journalism is one of the biggest reasons why people are losing their trust in news. Garrett Graff slammed Fox News for misleading its viewers during the impeachment hearing. (Wired)
Fake news and disputed facts: last week’s UK election showed that voters are despairing of political misinformation. British politicians, however, seem to have treated such tactics as inspiration. (Quartz) 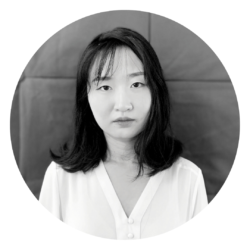 Chaewon Chung is a filmmaker and multimedia journalist. Born in South Korea, Chaewon moved to the States in 2004 with her family.