Four years after war broke out in Ukraine, the separatists have opened six “embassies.” None of them are recognized

Since the outbreak of the armed conflict in the east of Ukraine in 2014, the Kremlin-backed and so-called Donetsk People’s Republic (DPR) has undertaken several steps to assert its claim to statehood. As Coda has reported, that effort has included cultivating European politicians, and back in 2016 we profiled the DPR’s “honorary consul” to Czechia.

But since then, the effort to open embassies has advanced considerably, and six “representation centers” now exist in five European countries.

The Czech Republic, Greece, France, Finland, and Italy now have DPR representation centers and in May, authorities in the DRP announced plans to open several more, with Austria, Belgium, Serbia, Germany, Norway and Turkey among their potential locations.

While none of the officials at the centers responded to interview requests, documents published on the website of the DPR’s Ministry of Foreign Affairs outline the objectives of the foreign offices. “International legal recognition and joining the United Nations,” are among the DPR’s stated objectives, according to one document published last March.

The document, “Foreign Policy Concepts,” states that the DPR aims to create “a positive image” in the international arena and “supports peace-loving policy.” In a section on foreign economic priorities, the document outlines the DPR’s mission to create “an attractive investment climate” in order to boost trade. “The DPR has a high transit-linking potential to give impetus to the integrated economic interaction between large trans-regional markets.”

While none of the new representation centers claim to offer a full range of services usually associated with embassies or consulate generals, their objectives echo some traditional diplomatic roles.

According to the public register of the Czech Republic, the DPR’s office in Ostrava, the first to be registered in a European Union country, was opened in 2016 to fulfill “a common interest” in “economy, trade, culture and cooperation between the two territorial units.” The office also aims to connect “public administration and self-government bodies, business and cultural groups” in both countries.

Some of the goals sound unusual. In Finland, one stated intention of the DPR’s office is to raise “volunteer recruitment.”

If the DPR’s request for volunteers from Finland sounds odd, a chairman of the Finnish office reveals more information on his personal website. Johan Bäckman describes how, in the summer of 2014, he “started to recruit Finnish volunteers, who established the Finnish platoon ‘Bear’” that fought on the separatist side in the DPR. Finnish legislation does not currently prohibit recruitment nor participation in a foreign war.

The opening of new embassies and consulates is regulated by the Vienna Conventions on Diplomatic and Consular Relations, and requires “mutual consent” between states and permanent diplomatic missions. In the case of the DPR, no country has given such consent as no one, not even Russia, has recognized the breakaway republic as a legitimate state. The DPR has launched its missions by registering them as associations, nonprofits and non-governmental organizations.

In a small town called Coudoux in southern France, the DPR’s representation center opened as an association in 2017. One local prosecutor applied to the High Court of the nearby city of Aix-en-Provence to have it dissolved, but his demand was rejected. In France, an association is almost impossible to shut down, said Florent Parmentier, a lecturer at the research university Sciences Po in Paris.

“Associations can be dissolved if it is illicit, if it attacks national sovereignty,” he said. Questioning Ukraine’s sovereignty over its Eastern territories does not count as such an attack.

While the French authorities have allowed the representation center to continue to operate, a court in the Czech Republic ruled to dissolve the DPR’s office in Ostrava in 2017. “Nobody paid attention to this organization up until it got extensively publicly discussed and up until the Ukrainian Embassy brought this issue into the light of the Ministry of Foreign Affairs there,” said Yevhen Perebyinis, the ambassador of Ukraine to the Czech Republic.

Robert Brinkley, a veteran British diplomat who served as ambassador to Ukraine from 2002 to 2006 said: “The best way to counter this sort of pretense and creeping recognition is through publicity and raising the awareness of the Ministry of Foreign Affairs in the host country, which has the power to close down such ‘missions.’”

Another foreign policy expert said the DPR’s representation centers should be subject to international sanctions. “I am surprised that it is allowed at all,” said Anders Åslund, a Senior Fellow at the Atlantic Council in Washington who works on Ukrainian issues. “The best way of dealing with this is to sanction them. There are lots of people who are sanctioned in regard to Donbas so it is needed just to add those who are setting up these ‘embassies’ to the list.”

What the centers do

The DPR’s foreign offices are managed by a varied group of supporters of Russia — they include an anarchist, a former Nokia software engineer and the former owner of a dating agency called “Love of Russia,” who was recently released from custody after being held on suspicion of pimping. None of them responded to requests for comment.

These people were likely selected by the Kremlin as DPR’s foreign representatives, said Veronika Víchová, a coordinator and analyst of the Kremlin Watch Program at the European Values think tank in Prague. “They [Kremlin] are often cooperating with extremists regardless of their ideology or their niche political spectrum because these people have more potential to steer up the situation, undermine the democratic values, create more chaos, so they are their ideological allies,” she said.

For their efforts at lobbying, the foreign representatives receive awards from the DPR, the most common is the “Order of Friendship,” a medal awarded for “increasing the authority of the ‘Donetsk People’s Republic’ abroad.”

The representation centers do not always have offices in the strictest sense. In Helsinki, the DPR’s mission is headquartered in the public corridor of an apartment building where one of the DPR’s representatives lives. In Athens, the local representative rents a room in a community center which is also home to a dance studio.

The centers also offer travel assistance to both foreigners and citizens of the DPR. The French and Finnish missions claim to offer consular assistance for those wanting to visit Russian-occupied Donbas.

The travel guide on the website of the DPR’s representation center in Finland encourages Finnish citizens to visit Donbas by travelling through Russia, in breach of Ukrainian laws. The guide says visitors should take cash. It omits to mention fighting has not stopped since 2014.

The guide also advises readers not to inform Finnish authorities about making such a trip: “Contacting the Ministry of Foreign Affairs of Finland can also be a security risk because it collects illegal databases and informs the U.S. intelligence directly.”

According to leaked emails exchanged between trip organizers and DPR authorities, the tour itinerary includes visits to the frontline of the conflict and opportunities for sightseeing, shopping and sunbathing at a city beach.

Ville Sipilä, 25, a Finnish student, embarked on such a trip in the summer of 2016. At the time he was a member of a Finnish National Coalition Party, a pro-EU and pro-NATO party. He was expelled when his colleagues learned he had visited occupied Donbas. Sipilä explained his trip was born out of curiosity: “I have always been interested in the war stuff. My grandfathers fought in the Second World War when Russia tried to occupy Finland,” he said.

Sipilä first read about the trip on the Facebook page of a Finnish mercenary, Petri Viljakainen, who is a member of a separatist unit in the city of Lugansk.

Sipilä and a group of ten other tourists travelled over 1,000 kilometers by bus from Moscow to Donetsk, where they were met by the organizers, Johan Bäckman and Janus Putkonen, who chairs a pro-Russian news agency called DONi. Its website is registered in the Bahamas and spreads pro-Kremlin news about Donetsk region in English.

Sipilä, who covered his own expenses and spent around €600 during the nine days trip, said the tour itinerary included a number of gala dinners as well as swimming trips to the Azov Sea, and sightseeing opportunities: “We visited the crash site of the Malaysian Airlines Boeing MH17. There was this memorial,” he said. Last year, investigators concluded that a Russian military missile was responsible for shooting down the plane, and in June 2019 they named four DPR-affiliated suspects. The DPR continues to blame the Ukrainian side for the tragedy.

In April 2019 the DPR’s office in Greece tried to disrupt the Greek premiere of a Ukrainian film called “Myth,” directed by Leonid Kanter. It was screened in Athens and the DPR’s office organized a protest in front of the cinema. The protesters arrived with flags and signs that read “Save the children of Donbas.” The appearance of the U.S. ambassador to Greece at the premiere attracted a furious response on the DPR office blog.

The DPR’s establishing of foreign offices is not a new tactic, according to Roland Freudenstein, Policy Director at Wilfried Martens Center for European Studies located in Brussels. “This approach of trying to open an office here, open an office there — if it succeeds here, but it does not succeed there, that is still okay because it is still some kind of progress for the DPR,” Freudenstein said.

The DPR still hopes to upgrade its representation centers to embassies. In June, the so-called “Ministry of Foreign Affairs of DPR” published a provision for the creation of embassies in foreign countries. Among a number of objectives, the document says the employees of the embassies should be entitled to diplomatic immunity. But without formal recognition from even a single state, this last aim looks impossible. 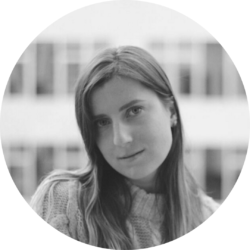 Anna Myroniuk lives in Kyiv and reports for Kyiv Post. She was previously a Brussels-based correspondent at Ukraina, a national TV channel. She has also contributed to The Independent.