Ramzan Kadyrov has called himself a foot soldier in Putin’s army, but now he is openly defying the Kremlin by taking sides with the Rohingya Muslims fleeing Myanmar

There was an unusual protest this past weekend in Moscow, when several hundred men from Russia’s Caucasus region and various former-Soviet Muslim republics demonstrated outside the embassy of Myanmar.

Chanting “Allahu akbar!” and “Buddhists are terrorists,” they denounced what they called Myanmar’s genocidal treatment of its Rohingya Muslim minority – even offering themselves as volunteers to wage “jihad” on behalf of the tens of thousands now affected by the crisis. It was also an explicit challenge to the Kremlin, which has tried to block any outside intervention.

The protesters had no permit either. Yet, as several opposition activists – used to rough treatment for far lesser infringements – noted bitterly, no one was detained. The police were even quite friendly.

But what made the protest most unusual was its driving force – a man seen as one of Vladimir Putin’s most loyal supporters, Chechnya’s autocratic, bombastic leader Ramzan Kadyrov. He has previously called himself and other Chechens “foot soldiers in Putin’s army” — but now he is openly defying Russia’s foreign policy. And so far at least, he is meeting almost no resistance from a befuddled Moscow: unthinkable by normal Russian political standards. And the next day, Kadyrov turned up the pressure – addressing a massive rally in Grozny, Chechnya’s capital.

“If Russia is supporting these shaytans [devils] who are committing crimes, then I’m against Russia’s position,” said Ramzan Kadyrov in an Instagram post.

He had already trailed his views on his Instagram account (his preferred mode of global communication). In one post that was later deleted – but still available on YouTube – he openly challenged his Kremlin patrons, saying “If Russia is supporting these shaytans [devils] who are committing crimes, then I’m against Russia’s position.” In another angry diatribe, he condemned what he called the silence of “dozens of countries and human rights organizations…. in the face of untold atrocities.”

Kadyrov specifically mentioned the UN in that statement, which many interpreted as an unsubtle swipe at Russia’s diplomatic efforts to stall any international condemnation of Myanmar.

Russia has allied with China to block even the most timid statements from the UN Security Council – concerned partly about protecting lucrative trade, but also motivated by its ingrained aversion to any foreign interventions in domestic matters. Last month, Russia’s Foreign Ministry unequivocally supported Myanmar’s government, using the negative term boyeviki, or thugs, to describe Rohingya insurgents. It is a word previously used for Kadyrov’s late father and his fellow Chechen rebels, when they were fighting against Russia.

It is difficult to overestimate the significance of the challenge Kadyrov is posing to the Russian leader. President Putin has allowed him unusual freedom to run Chechnya as he wants, allowing Kadyrov to turn it into a de facto independent Islamic state. But most of the time the two leaders’ agendas have coincided, with Kadyrov even acting as the Kremlin’s unofficial envoy to Islamic states such as Saudi Arabia. But now this marriage of convenience is suddenly in question.

Russia’s entire propaganda apparatus was caught completely unawares by Kadyrov’s decision to inject himself into the Myanmar crisis. State TV networks barely mentioned the enormous demonstration in Grozny, and the state news agency RIA Novosti posted and then quickly removed an op-ed harshly criticizing Kadyrov. So for now, it is clear that he still retains his political clout.

Even Putin himself attempted to tone down the extent of Kadyrov’s insubordination. Speaking at a news conference at the recent BRICS summit in China, Putin told journalists that “every person is entitled to their opinion, no matter what their status is, even if they are regional leaders.”

But Putin’s words rang hollow. Despite his ultra-loyalist past, observers see this as a sign of Kadyrov marking himself out as different – a lot more than just one of Russia’s 85 regional leaders. Instead, he appears to be casting himself as the main leader not just of Russian Muslims, but as a key player in the Islamic community worldwide – and one who can rapidly mobilize thousands of loyal supporters.

The half-hearted response to Kadyrov’s demarche shows just how much Moscow is uncomfortable with that prospect. 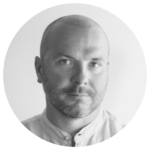 Aside from a very brief and failed stint as a bartender, Alexey Kovalev has never worked outside journalism, starting as a novice reporter on the metro beat at a now defunct local daily in Moscow and progressing through the ranks to the editor in chief of one of Russia's most popular news websites. In 2015 he founded an independent propaganda-busting and investigative journalism website called The Noodle Remover — a play on a popular Russian expression "to put noodles on someone's ears," meaning to lie.