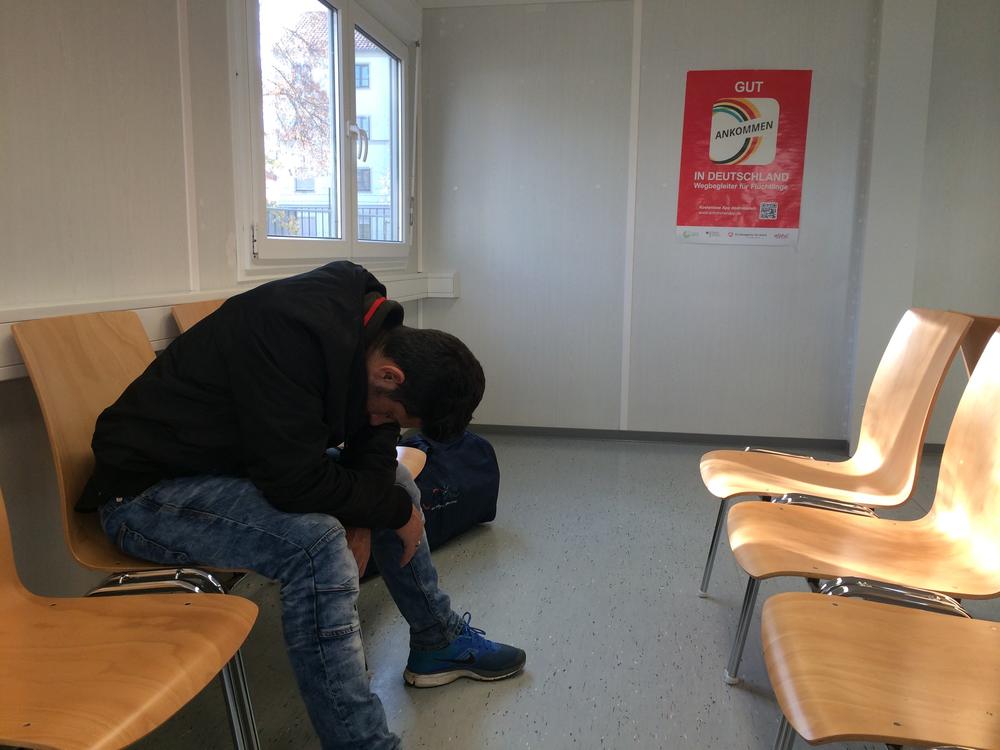 Each summer thousands of foreign tourists visit Regensburg Cathedral, a soaring gothic symbol of one of Germany’s oldest cities.

But one afternoon in July, dozens of visitors refused to leave.

Instead, they unfurled banners at the altar demanding the right to stay in Germany, and set up camp in protest of the country’s treatment of asylum seekers.

The sight surely startled many passers-by, given the fame of the “open arms” policy with which Germany welcomed more than a million asylum seekers last year, most from conflict zones like Syria and Iraq.

But these protesters were ethnic Roma from the Balkans, the first targets of Germany’s drive to send failed asylum seekers home in a bid to quell public fears over immigration which are fueling the rise of the far right.

Having started to deport thousands of Roma to Balkan states where they face crippling discrimination, the Berlin government now plans to send similar numbers of people back to Afghanistan, despite continuing violence there and a deadly Taliban attack in November on a German consulate in the northern Afghan city of Mazar-i-Sharif.

“We never had a protest like this before in Bavaria,” Regensburg’s vicar-general Michael Fuchs said of about 45 Roma who moved into the cathedral on July 5th. “We still held mass and they didn’t disturb it at all. But a service at six or seven in the morning wakes people up, especially little children. We and the worshippers had to walk through their beds to go into the cathedral,” he recalled.

Among the group was Muhamet Shaqiri, who with his wife Lendita and four young children came to Germany in 2013, having failed to gain asylum in Belgium. They are from the village of Magura in Kosovo, which declared independence from Serbia in 2008 after nine years under United Nations administration.

The UN took over following the 1998-1999 conflict between Serbian government forces and separatist rebels, which killed about 10,000 people and displaced 800,000 more, most of them from Kosovo’s ethnic-Albanian majority.

Western bombing drove out Belgrade’s troops, but a NATO-led peacekeeping mission failed to prevent bloody reprisals by ethnic-Albanian mobs that forced more than 200,000 Kosovo Serbs and Roma to flee their homes.

“My father and uncle didn’t want to fight, but the Serbs made them do it. After the war, the Albanians said that anyone who was with the Serbs is a traitor and must leave Kosovo,” Shaqiri recalled recently in Regensburg.

“When our son Valton was four years old (in 2007), three men in masks came to our house one night. They dangled him from the third-floor window and said, in Albanian, that they don’t want any Roma in Magura. It was terrifying.”

Now the Shaqiris are among tens of thousands of people who spend much of their time in Germany with migration officials, social workers and lawyers, trying to avoid being sent back to Balkan states where a small fraction of Roma have decent housing, a stable job and full access to education and healthcare.

After three years in Germany, Shaqiri and his family speak the language, four of their children attend school in Regensburg and a baby son Ehad was born here seven months ago.

The family receives about $1,800 a month in benefits, but life is not easy: Valton receives counseling for behavior problems that his parents blame on trauma from the 2007 attack, and his younger brother Hysni, aged six, suffers from epilepsy.

Lendita takes medication to ease anxiety that she says has soared in the last year, since Germany responded to the influx of asylum seekers from the Middle East by intensifying pressure on people from the Balkans.

“It’s a catastrophe, a catastrophe,” she muttered, as she rocked Ehad and waited with Muhamet in Regensburg’s bleak asylum center to renew the family’s temporary permits to remain in Germany. Occasionally crumpling into tears, Lendita explained how their permits were now only valid for one month, and could be cut again at any time as a prelude to deportation.

“In Kosovo we would have nowhere to live and no money for food or medicine. The only job there for Muhamet would be washing windshields at the traffic lights for 20 cents a time. We could end up on the street in winter,” she said.

Amid public anxiety over migrant crime, the explosive reverberations of the truck attack on a Christmas market in Berlin this week, and with parliamentary elections due next year, German Chancellor Angela Merkel has sought to temper criticism of her “open arms” policy by ramping up expulsions of failed asylum seekers.

Since last October, Germany has deemed all Balkan states safe for the return of migrants, and of the more than 120,000 people from the region who sought protection here last year, 99 percent were rejected according to official data; by contrast, Germany accepted around the same proportion of Syrian applicants.

“It’s a catastrophe, a catastrophe,” Lendita said, since Germany responded to the influx of asylum seekers from the Middle East by intensifying pressure on people from the Balkans.

Merkel’s government is also accelerating the deportation process, expelling 13,743 migrants from Germany in the first half of this year compared to 20,888 in the whole of 2015. About three-quarters were returned to the Balkans, the vast majority of them Roma.

“Until last year everything was calm. But now lots of people are being sent back to Kosovo, even those with medical issues. We live in constant fear of that,” said Muhamet, who left the cathedral protest camp after a few weeks, worried that the authorities would evict his family from their free apartment. His father stayed until early August, by which time the standoff had become something of a cause celebre.

Fuchs said very few of the protesters faced imminent deportation, which would have allowed them to seek sanctuary under the German custom of “church asylum.”

“We gave them food and medical help,” he said, “but we cannot take the decisions of the state—that is not in our power.”

After spending a fortnight in the confines of the cathedral entrance hall, the Roma agreed to move to a nearby church community center, but refused to end their protest.

Ultimately the church filed trespassing charges and stopped providing food. Critics accused Fuchs of “starving out” the Roma, but he insisted they still had a large store of supplies.

“I think we acted as the church should,” said Fuchs, recalling his relief when the Roma left the hall peacefully on August 8. “In the Balkans it is not good, but it is better than Syria and Afghanistan. I understand the German state when it says we have to make priorities,” he said, before adding: “I know the whole situation for Roma is terrifying, and I think we need a common European action to help Roma.”

The EU has long urged Balkan countries to drastically improve the situation for their Roma communities if they want to join the bloc, but to little effect.

“Roma suffer cumulative discrimination—at school, in the workplace, in healthcare, in the street. And it happens to generation after generation. This could be considered a basis for asylum or at least for protection,” said Stephan Müller, co-author of a major 2015 report on Kosovo’s Roma for the Society of Threatened Peoples.

“Roma houses in Kosovo were destroyed before the eyes of KFOR [The Kosovo Force] troops after the war. Some of the first Roma to go back to their villages were murdered, and no one has been brought to justice for any of this,” Müller added. “When you put it all together—no job, no house, no prospects, perhaps relatives have been killed—how are Roma supposed to return? Kosovo could not cope with 100,000 people arriving back. Kosovo doesn’t want that, the Roma don’t want that—only Germany and other EU states want that.”

Germany is also unwise to isolate thousands of failed asylum seekers in camps, denying them the right to work or learn a trade, as part of a costly and unrealistic plan for mass deportations, warned Stephan Dünnwald of the Bavarian Refugee Council.

“They are just sitting there with nothing to do and very little money. They will get ill, depressed, frustrated, aggressive and may get into drugs or alcohol,” he said.

“In a few years many will still be here, and Germany will have to offer them some chance to integrate. By then they will long-term unemployed and we’ll wonder how to get them back into active life—we are creating problems for the future.”

At the Regensburg asylum center, the Shaqiris faced a more urgent crisis: their updated permits to stay in Germany were valid for only one more week.

Lendita slumped stricken onto her plastic chair, and Muhamet dashed down the corridor to seek an explanation from immigration officials. “Now we have no chance,” Lendita sobbed, cradling baby Ehad and thinking of 13-year-old Valton, for whom Kosovo is a place of terror.

“Valton says he won’t go back, whatever happens. He says, ‘If they come for us I’ll run away and you’ll never see me again.’”

Bavaria’s ruling right-wing Christian Social Union party has put the region in the vanguard of the crackdown on failed asylum seekers, but many thousands of people across Germany are now in the same position that the Shaqiris faced last month.

On December 14, a plane flew from Frankfurt to Kabul carrying the first 34 Afghans to be deported under a new deal between the European Union and Afghanistan. Germany plans to expel more than 12,000 Afghans under the scheme.

That first flight was supposed to take 50 Afghans back to their troubled homeland, but several were allowed to stay longer in Germany after last-minute legal intervention.

With help from social workers and refugee advocates, lawyers convinced Germany’s asylum authorities that six-year-old Hysni’s epilepsy could not be treated properly in Kosovo, where some advanced medicines are scarce and extremely costly.

The Shaqiri family now has permission to stay in Regensburg for one year, giving them some respite over the holidays after many fraught months of uncertainty. For tens of thousands of other failed asylum seekers from the Balkans, Afghanistan, Africa and elsewhere, the time they have left in Germany appears to be bleak and short.

This story was produced with support from Robert Bosch Stiftung. 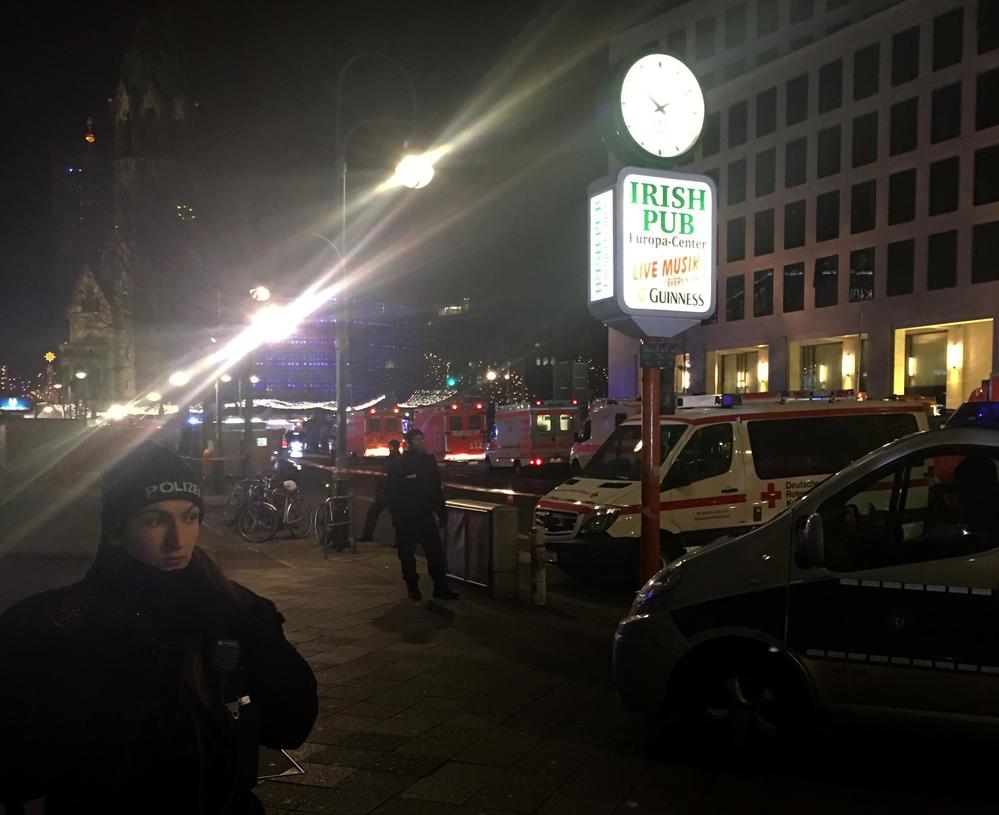 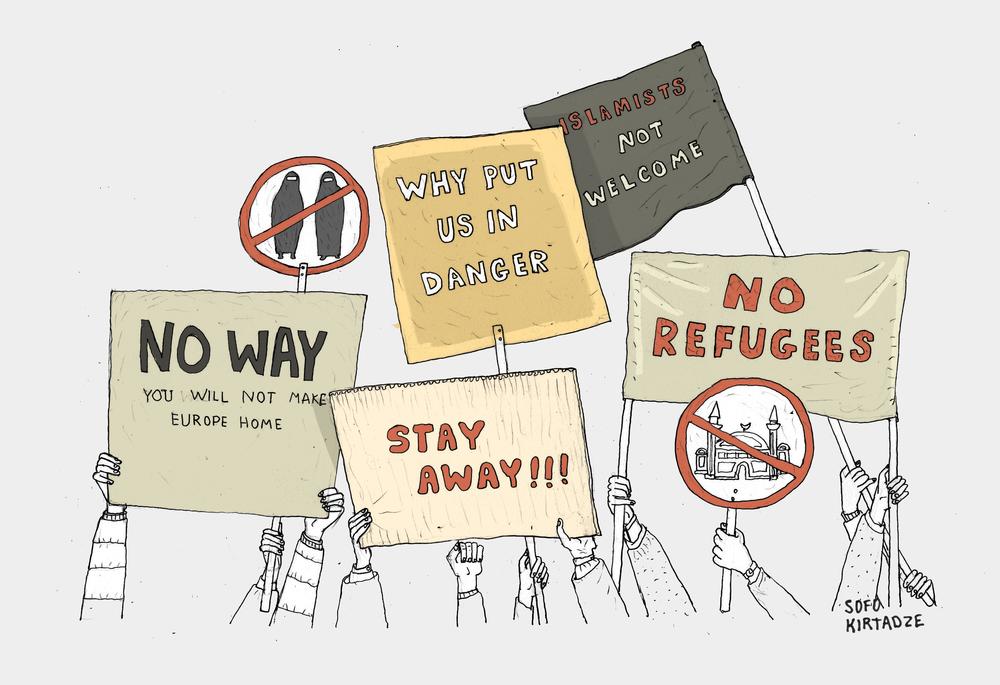