Wary of crypto and Facebook, India voices concerns about Libra

As governments around the world ready themselves for the launch of Facebook’s forthcoming cryptocurrency, Libra, India announced last week that Asia’s third largest economy will probably not allow the digital offering to operate in the country.

“Design of the Facebook currency has not been fully explained,” said Economic Affairs Secretary, Subhash Garg. “But whatever it is, it would be a private cryptocurrency and that’s not something we have been comfortable with.”

Last month, Facebook unveiled plans for Libra which it hopes to launch in 2020 in the form of a “stablecoin”, a digital currency supported by established government-backed currencies and securities. Facebook has yet to formally seek permission to launch Libra in India.

But India, much like other countries around the world, is seeking to better understand and manage how tech platforms like Twitter and WhatsApp impact their democracies. The number of Facebook users in India has doubled since 2015 to about 310 million; a figure which is projected to increase to around 440 million by 2023, according to analysis.

While the government has pledged to use tech to expand the country’s healthcare, banking and government services, it has proved cautious on cryptocurrencies. While India once accounted for almost 10 percent of all global cryptocurrency trades, the government has been quick to protect the economy from the financial rollercoaster of speculation usually attributed to the trade in virtual currencies.

In April 2018, the Reserve Bank of India introduced measures which said all regulated financial companies would have to halt services to individuals or businesses dealing with bitcoin and other cryptocurrencies using blockchain technology within 90 days. The new rules effectively barred traders and investors from using India’s regulated banking system to buy or sell virtual currencies for rupees. The ban is due a hearing in the Supreme Court on July 23.

To some in India, unease over the launch of Libra should be linked to the use of private data. India currently has draft legislation on data privacy and management, but no law. “The primary concern in government is about volatility linked to crypto start-ups,” said Gurshabad Grover, a policy officer at the Center for Internet & Society in Delhi.

“On the legal end, clarity will come from new legislation. The government has been skeptical about how Facebook is handling the data of Indians, I am sure the government has not ignored this completely, but the primary distrust of cryptocurrencies is the dominating factor.”

Libra has already faced considerable pushback since the currency was announced, with U.S. and European politicians expressing concerns stemming from revelations of access to Facebook user data.

“It is hard to imagine how your data is flowing when you are interacting with platforms only online. More importantly, financial data is considered sensitive data,” said Grover. “I am not in favor of the overly cautionary stance of government, but India should have a wider discussion about privacy from a competition angle as well as the slow accumulation of power by companies like Facebook.” 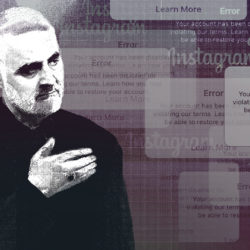