Anyone who has ever worked in government or found employment in a role where access to sensitive data is involved, the painstakingly glacial pace of human resources and security clearances will sound all too familiar.

Perhaps unsurprisingly, the U.S. military has struggled to stay on top of security clearances for existing and new personnel. As new threats have emerged, the Office of Personnel Management has found itself unable to cope with a growing security clearance backlog. Last summer, the Pentagon assumed control of the task of working through a logjam which has currently left more than 600,000 people in limbo.

A new pilot project being run by the office of the Defense Security Service (DSS) aims to quicken the speed of security clearances by using artificial intelligence and machine learning. The pilot hopes to be able to process massive amounts of data on those who hold or are seeking security clearances. An additional goal is to use machine learning to also predict which employees might pose problems by betraying the department’s trust.

If that last aim sounds like a plot from a Philip K. Dick novel, let us clarify. The pilot will harness information individuals currently put on forms called Standard Form 86, which are used to apply for security clearances. This data will then be collated alongside information culled from an initiative called continuous evaluation, which monitors the life events of employees such as marriages or divorces, the accumulation of debt, tax returns, arrests, substance abuse or sudden foreign travel, etc. Over a million military personnel are currently enrolled in the continuous evaluation system.

If the pilot proves successful, it could have all kinds of consequences in HR departments across all kinds of sectors like banking or healthcare. Worryingly, the pilot allows employers to have unprecedented levels of access to the digital lives of their workers, which poses a number of problems in employer/employee relationships and how data is gathered, stored and shared in the age of AI.

According to a September report from the National Background Investigations Bureau, candidates seeking security clearances can sometimes wait up to a year for a decision. Delays can stem from an antiquated paper questionnaire which is sent to candidates’ former places of employment, to old databases which are not yet compatible with cloud computing. 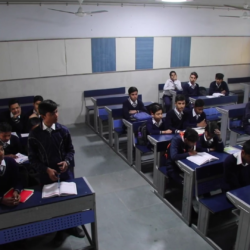 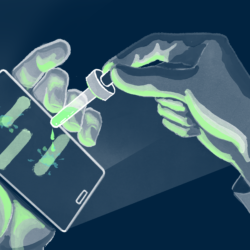 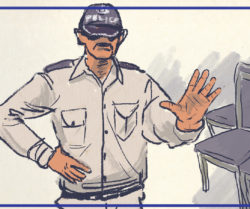